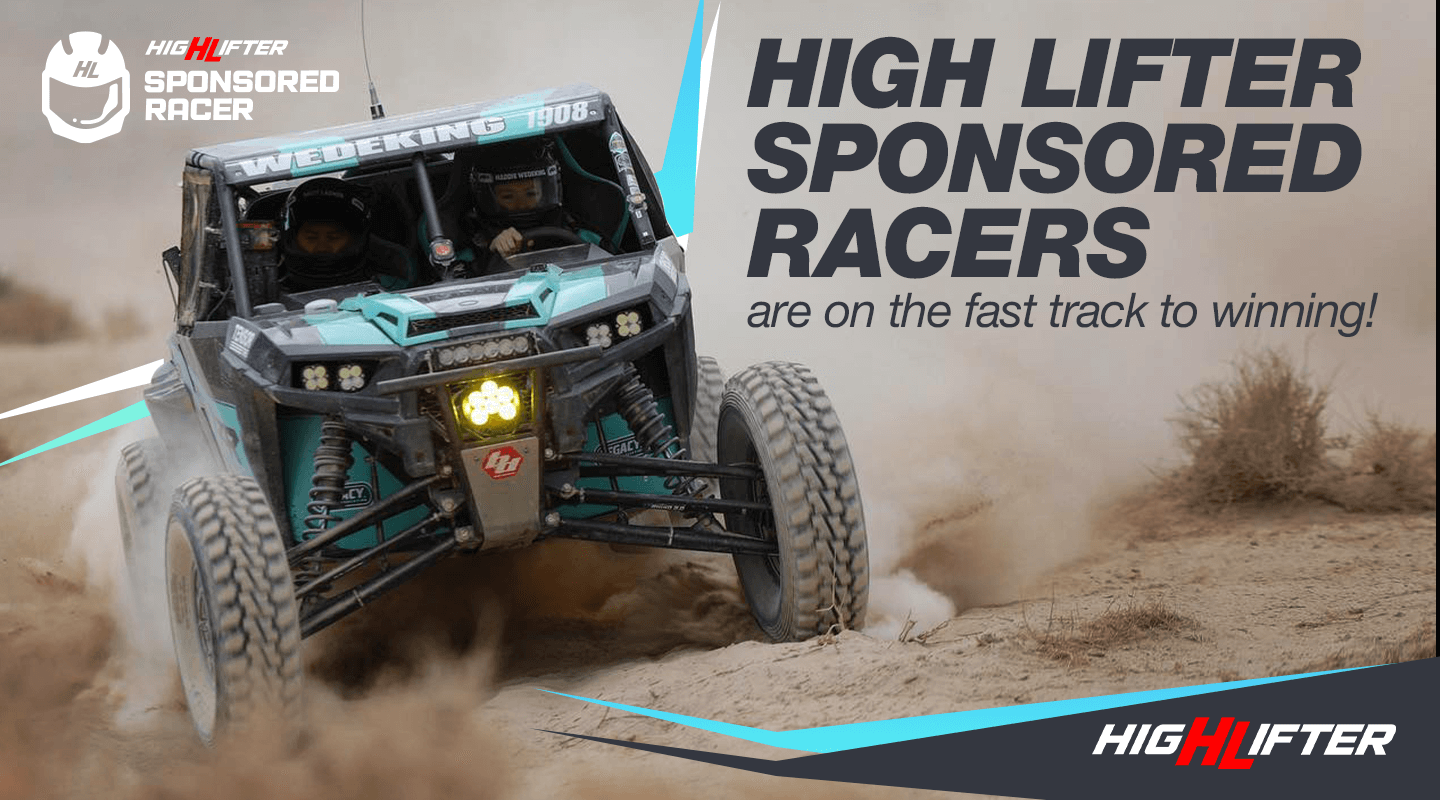 It just teaches you that one day all of your hard work will pay off. It may not be instantly but your time will come! – Maddie Wedeking

Since this year I decided to commit to the entire Legacy Series, I knew I had the Baja Nevada Race coming up on us early in the season. So to make sure I was 100% prepared, I started working out months in advance, eating healthier and basically just doing everything I could to improve my physical health before the race. The race was 630 miles, which will be the longest race I have done in my entire racing career. I have soloed Vegas to Reno multiple times which is about 500 miles in one day. I knew I could get it all done in one day, but how was I going to do TWO days?!?

The morning of Day 1 I was so nervous. I was starting second off the line! Right behind one of my biggest competitors. We took off the start line, and all my nerves went away because I knew it was time to hammer down! Early on in the race, we were physically first and first on corrected time! (talk about pressure) The first day was 333 miles, and we spent the majority of the day in silty lake beds and rocky terrain. Throughout the race, we were catching up to other cars that started in front of us and slowly picking them off one by one. Luckily, we finished the first day of racing with a 2 minute and 20 second lead on second place!

That night my entire team tore the car apart and did an entire race prep in a few hours! We addressed any issues and changed out some parts that way the car was 100% ready for the second day of racing.

Day 2 of racing was very stressful. We started exactly how we finished the first day. Meaning now there’s trophy trucks, class 1 cars and all the big guys starting behind me and in front of me! Matt knew to stay alert of the rear view mirror just in case a faster and bigger car or truck came behind us.  We had an extremely clean run the second day. There were no issues. We didn’t have to fight off the dust nearly as much as we had to the first day. We ran a fast and consistent speed. We finished the second day of racing with over a 6 minute lead on second place.

I was beyond excited as I was crossing the finish line. Everyone on my team was so stoked! I pour my heart and soul into racing, and it felt so accomplishing to have all that hard work pay off. There was no better feeling than having my entire team there at the finish line waiting for me to cross so they could cheer me on and congratulate me. These past couple of seasons have been hard on us with mechanical failures. So for this long of a race and NOTHING to go wrong was such an amazing feeling!