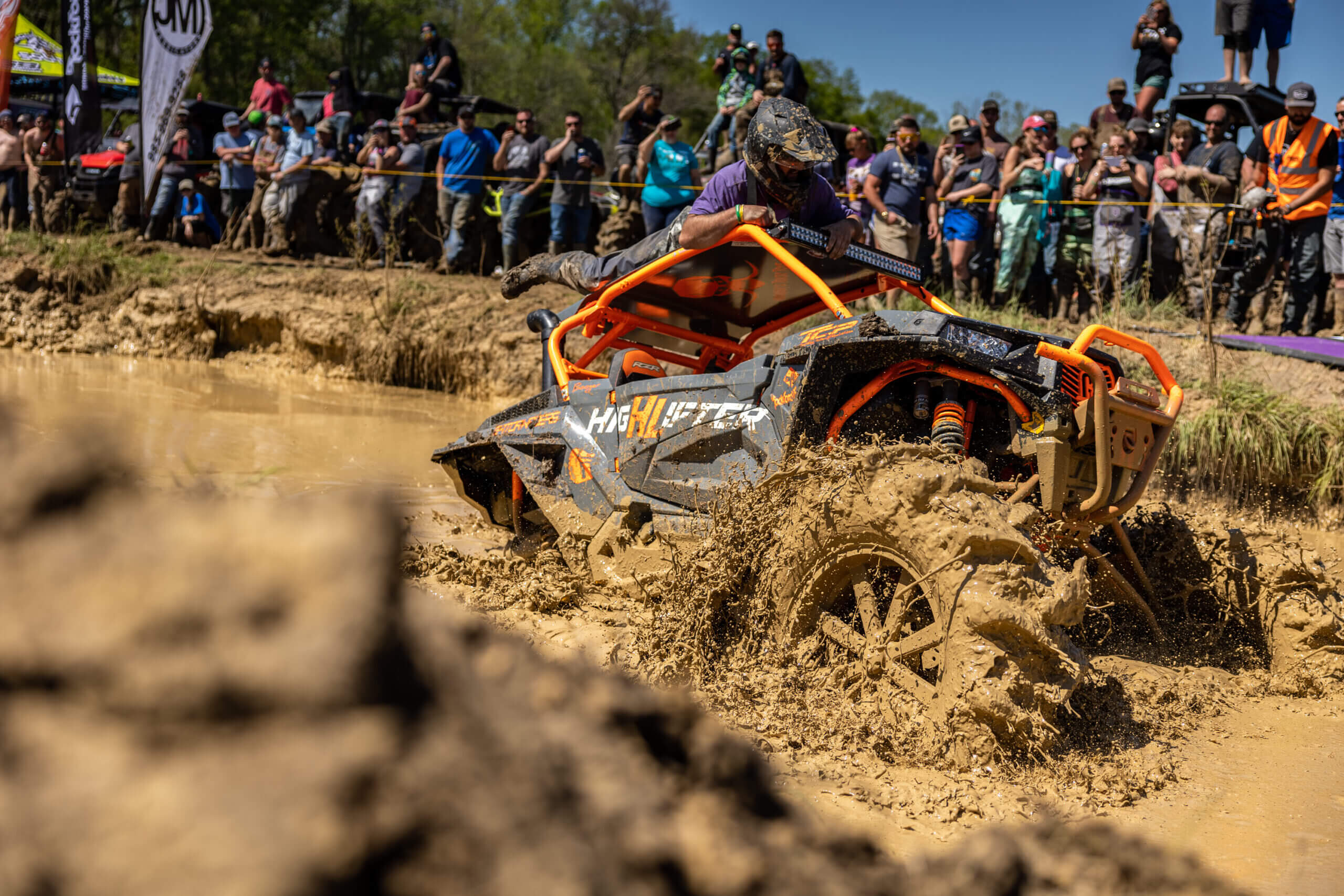 You know those units with monster tires, lifted suspension, and gassed-up engines? Have you ever wondered why people build these badass builds? Many of them battle it out in deep mud holes to see which mean machine can make it through the farthest and fastest. In the offroad industry, these competitions are called Bounty Holes.

Justin James, creator of Battle of the Builds, has firsthand experience for how mud riding brings friends and family together over this shared passion in the offroad community. “Growing up mud riding was a way to bring the family together, while making friendships along the way. I cannot tell you how many memories I have made with my dad and how many friends I have made throughout my life because of this industry,” said Justin.

Justin experienced the excitement, thrill, and community by watching Performance ATV hit Bounty Holes time and time again, and so his idea for the Battle of the Builds Series was born! “The main goal for starting Battle of the Builds was to be able to play a part in giving families the same experience I had when it came to all things mudding. Not only that, but I wanted to see who had the biggest and baddest bikes that could withstand the muddiest terrain.”

What started as a dream to give back to the mud community that had given so much to his life, Justin James has launched an event in the offroad industry that is quickly becoming an experience for fans across the country. From riding enthusiasts to industry companies, Battle of the Builds is building a name for itself. The most recent sponsor, High Lifter, featured a Battle of the Builds event at the High Lifter Mud Nationals presented by Polaris event at Hillarosa ATV Park in April 2021. You are sure to see more events from Battle of the Builds and High Lifter throughout 2021.

Are you curious to know more about the innovative Justin James? Get to know the man who started it all with our Q&A below.

How did Battle of the Builds get started?

It all started at Tower Trax ATV park in Fluker, LA. My long time friend, Jakoben Thomas, and I reached out to Tower Trax, in hopes of being able to host our first Bounty Hole event. Once we got our approval, we put together a Bounty Hole event where contestants were given the opportunity to compete and have a shot at winning some money. It was a success, and the people loved it. Once that event was over, the owner of Tower Trax ATV called and asked if we would be willing to do it again. He offered to pay Jakoben and I to run it. It has been history for me ever since that first event at Tower Trax.

What has been your best Battle of the Builds experience or memory so far?

The kid’s Bounty Hole has honestly been my favorite experience so far. Being able to witness the excitement from the kids competing and their parents’ reactions to their children’s excitement was honestly one of the best feelings I have felt since starting this. Also, the United States Air Force did three row circles in an Apache Helicopter around the Bounty Hole once they saw what the kids were doing. That was such a cool experience.

Why do you love offroading?

I love offroading because it has been in my blood since I was 9 years old. That is when my dad introduced me to offroading. Since then, I have made the best memories with him and the rest of my family that I will cherish forever.

What kind of people have you met through your Battle of the Builds series and offroad experience?

I have met all types of people. A lot of the people I have met are from different cultures and races. That is probably one of the best things about this Battle of the Builds series. It has brought everyone together. Everybody treats everyone equally and respectfully around the Bounty Hole. Not only that, but everyone supports each other. It is the coolest thing ever! Everyone attending or competing is there for two things: to have fun and make memories with friends and family.

It is great you offer a kids bounty hole! What made you decide to include kids in your series?

Megan Rion, who runs the “Teach Em’ Young Kids Bounty Hole”, approached me one day to see if I would be interested in doing a kids Bounty Hole. I decided to become a part of this so that I could give kids the opportunity, whether they were rich or poor, to show everyone what they had. Not only by their bikes but by proving to the audience that they had the courage to do what it takes to win! Also, this gives kids the opportunity to win some money that is theirs to do what they want with. Whether it is modifying their bike or spending it all on candy, it’s their money to have fun with! One of the main goals when orchestrating this entire Kids Bounty Hole, was to be able to incorporate family. We have fathers and sons who compete together. Or fathers and daughters, you name it! That is what I love the most about the kid’s series.

What are your goals for this series?

My goal is to give everybody an experience and memory they have never had before at a mud park. This is the first series, to my knowledge, that is about family and bringing families together.

What is one thing you want people to know or remember about the Battle of the Builds series?

I want people to know that I did everything I could do and did the best with what I had to make this the greatest experience for everyone involved. Every bit of my heart and soul went into making this series. I can honestly say that this is the proudest I have ever been. I could not have done this without the support of my biggest fans which are my parents, Ronnie and Tricia Clark. If it were not for them, I do not think I would have made it this far. Finally, I want to thank Scott and Rachel Smith for giving me this opportunity. I have always dreamt of doing business with High Lifter one way or another and for it to happen has been a dream come true. Thank you for the continuous support that you have given me, wisdom that you have passed down to me, and the memories you have allowed me to make along the way. You both have made my dream come to life and I am forever grateful. Thank you from the bottom of my heart.