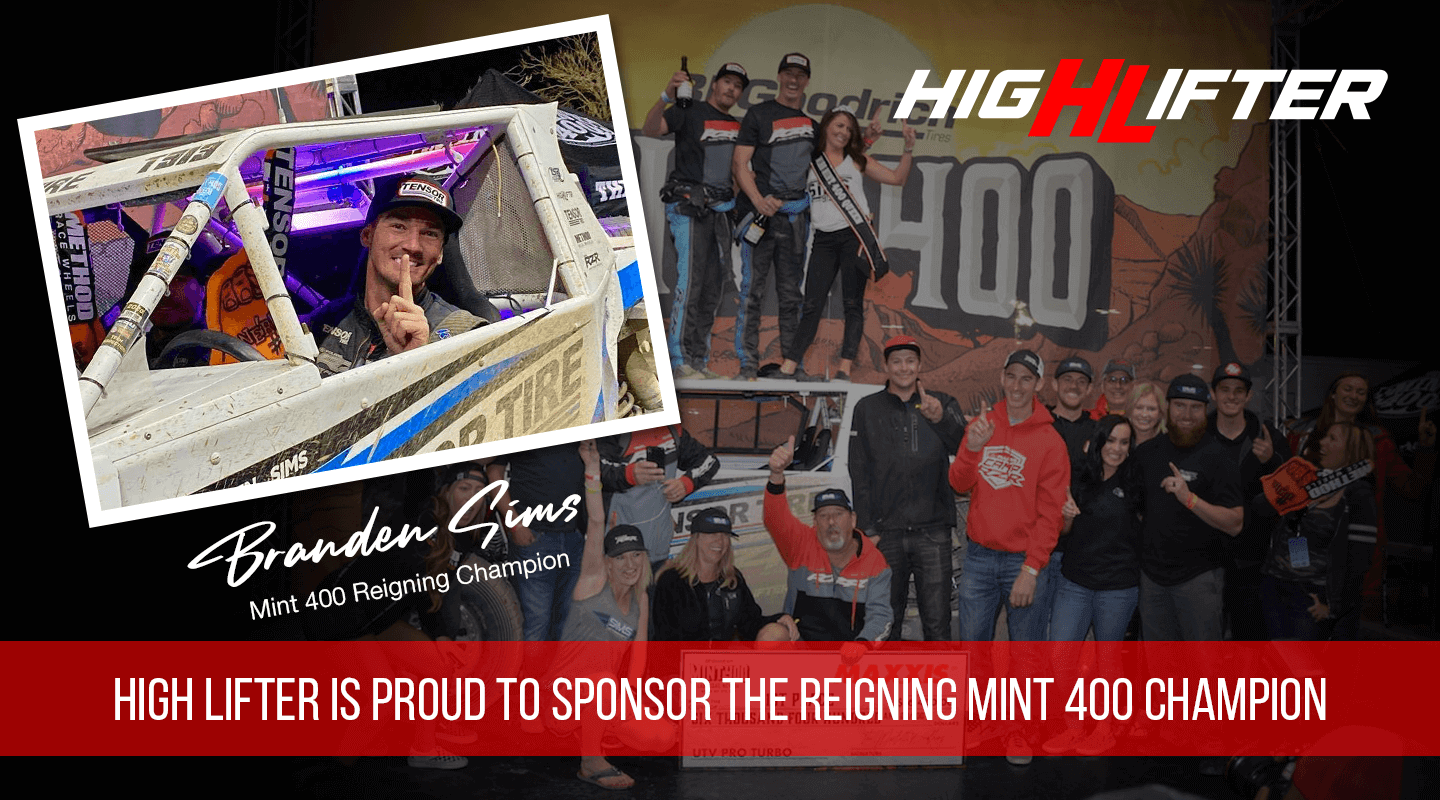 For the second time in his career and the first since 2016, Branden Sims scored the UTV Pro Turbo victory in the BFGoodrich Tires Mint 400 when he took the top spot in Friday’s limited class race. After drawing the second starting spot, Sims was on the first row of racers to start the Great American Off-Road Race and never looked back from the top spot.

“It was a long time coming, but man, was it worth it!” Sims said from the podium. “Today was a great day. We started out front, and never had any other battles we had to worry about. The only battle we had was what was in my mind, about who was in the back trying to sneak up on us. You never know when you’re in front—your car can only do as much as it can do.”

Friday’s race kicked off with Class 5 and quickly moved into the UTV field before including dozens of familiar and unique race classes. From Class 11 Baja Bugs and vintage racers to even military-spec vehicles, the limited race featured just about any type of car, truck, SUV, or buggy imaginable, with driving appearances from UFC fighters Donald “Cowboy” Cerrone and Brian “T-City” Ortega, Eagles of Death Metal frontman Jesse Hughes, and YouTube sensation Blake Wilkey scattered throughout the eclectic field.

While Sims’ dominance at the front of the field was unmatched, a number of other top drivers were in the hunt for podium finishes all race long. Justin Smith and Jacob Carver spent a large portion of the race battling for second and third, while Mitch Guthrie Jr. overcame a mechanical setback to claw his way back into podium contention. Full results for today’s BFGoodrich Tires Mint 400 limited race click here.