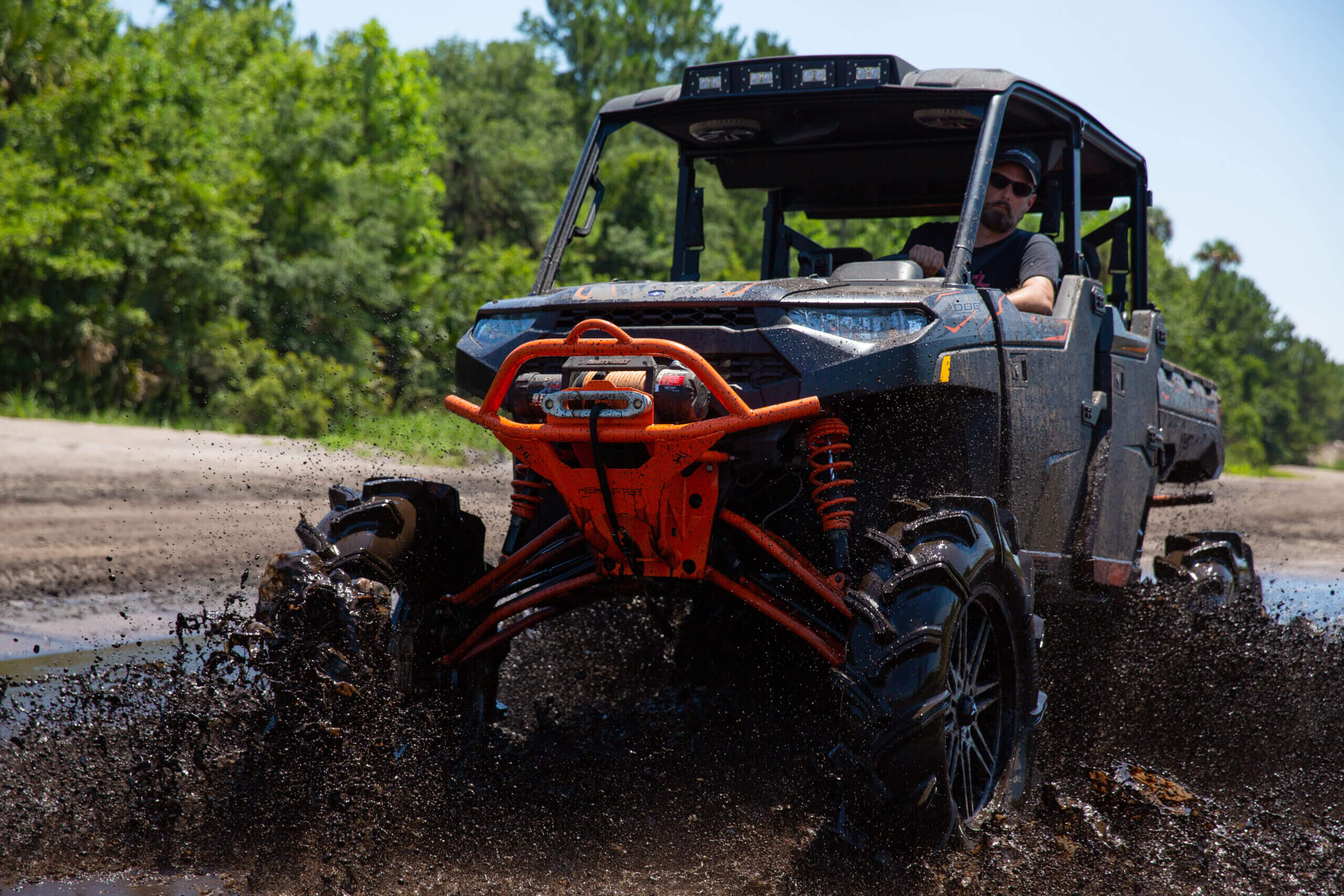 by Scott Smith, originally written in 2014

In my 20+ years of mud riding, I’ve learned that huge mud tires and axles are definitely enemies – but that doesn’t mean they can’t live happily together. Now that machines have ridiculous horsepower and tires that are beyond huge, the focus on axles and other drive line parts has really become sharp. When I ride hard, I want to lay on the gas, then jam into reverse, then back to drive again. I want to thrash and bang like nobody’s business. In the old days of 16 HP that wasn’t a problem. I didn’t have enough power to break anything. Now that I have 100 HP subject to every whim of my foot on the throttle things are different. We all can break things and there is no skill in lying on the gas and shredding axles. It has taken me a while to adjust to all the newfound power and big tires. Intuitively, I knew not to lay on the gas while bound up, but I just couldn’t resist the power. While I do still break axles sometimes, it mostly happens during testing when we have to drive harder than normal.

When it comes to finding the happy medium with axles, drive line parts, and large tires, the solution is found in the technique and knowing what to do. There are a handful of situations that you will find yourself in when you’re just stuck in a position that is almost a sure thing for breakage. Our egos push us on to fight the hole when the smart thing is to just get pulled out so we can live to show out on the next hole. This is not to say that every time you get slightly stuck you call out for the rope, I’m saying there are holes to be fought and holes to give up on. Your job is to learn the difference.

The number one position begging to shred your expensive parts is the nose down, rear up bind. This position transfers weight to your front end, which is not nearly as robust as the rear. When you go to reverse it takes amazingly little power to blow the front apart. If you find yourself stuck like this just have someone pull you out. Trust me, after the first few times of being pulled out like this, it gets way easier on the ego.

Another sure-fire way to destroy axles is the nose up way high and the rear down deep in a hole, climbing out forward. When all is level left to right this isn’t too much of a problem. However, most often things aren’t level. One side is almost always getting better traction that the other. What happens next is either you’re left or right axle is trying to push out the entire weight of the vehicle on its own. When you have one axle working to lift all the weight, you are begging to blow that axle.

With power and size come limitations. If you are that person that wants to stab the throttle at every hole, huge tires and lots of power are probably not for you unless you don’t mind turning some wrenches after every ride. For those of us with a little self-control I’ll take the added power and big tires every time.